Breaking News – NFL Legends Brett Favre and Michael Vic are coming out of retirement and making a huge comeback to football!!!

Flag football, that is.

TMZ Sports learned – the former superstars are dusting off their arms to prepare for a flag football match hosted by the NFL and FaZe Clan … and the whole thing will help raise important funds for youth sports.

We’re told the competition is set to take place at the Super Bowl Experience in Los Angeles on Saturday, Feb. 12 … with Favre and Vick set to play QB for each team. 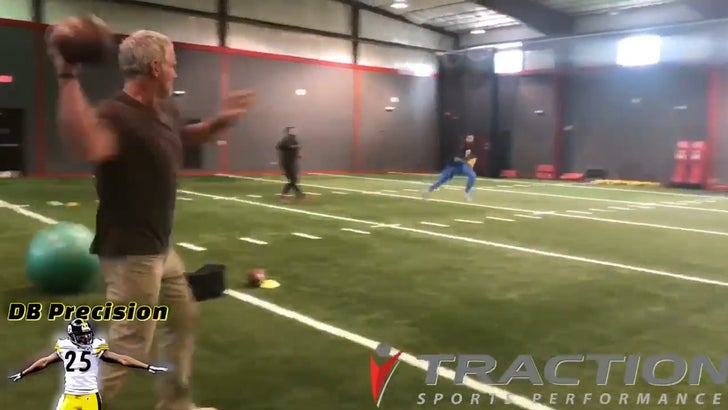 In fact, just a few years ago the Gunslinger showed he still had an arm!!

Each team will donate $25,000 each to youth sports… with FaZe contributing to Snoop Dogg’s football league.

The NFL and FaZe have teamed up to help win fans in sports and games… with plans to continue the partnership in the future.

As for Brett and Mike…we’re sure they’re doing arm stretches right now to make sure they still have it.